If you or someone you are traveling with is an architecture buff, then you will be captivated with a visit to Point Loma Lighthouse. However, once you arrive, you will soon discover that Cabrillo National Monument is so much more than a lighthouse.

Located on a southward-jutting finger of Point Loma, the small park is an oasis of nature and military history established in 1913 and commemorates the landing of Juan Rodriguez Cabrillo at San Diego Bay in 1542. In 1939, the Portuguese government donated the 14-foot-tall statue of Cabrillo that sits at the end of the point. 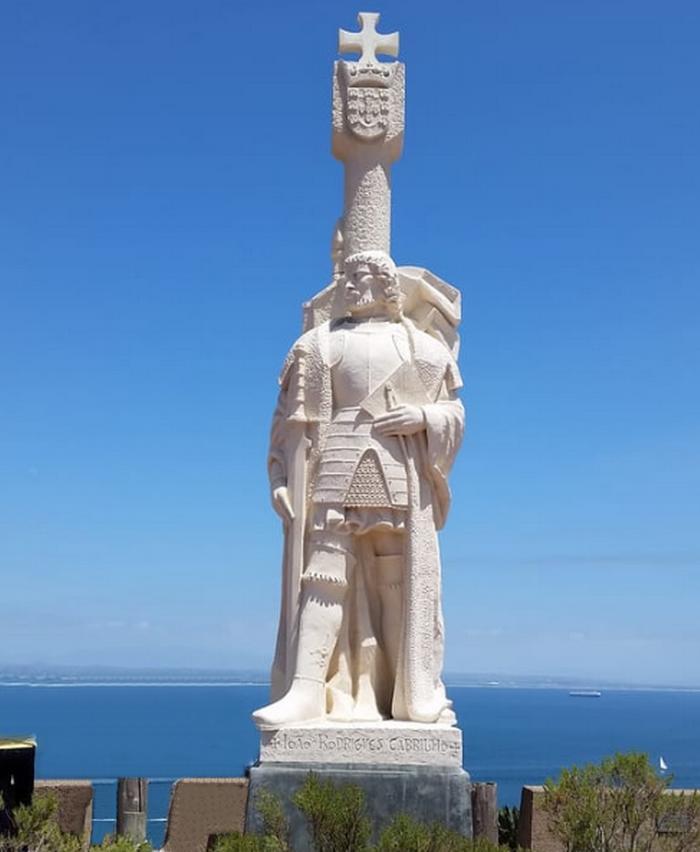 On a clear day, this is one of the most spectacular views in San Diego.

The quaint lighthouse is the beacon of the Cabrillo National Monument and sits on dramatic cliffs overlooking the Pacific Ocean. It is furnished with historically accurate furniture. 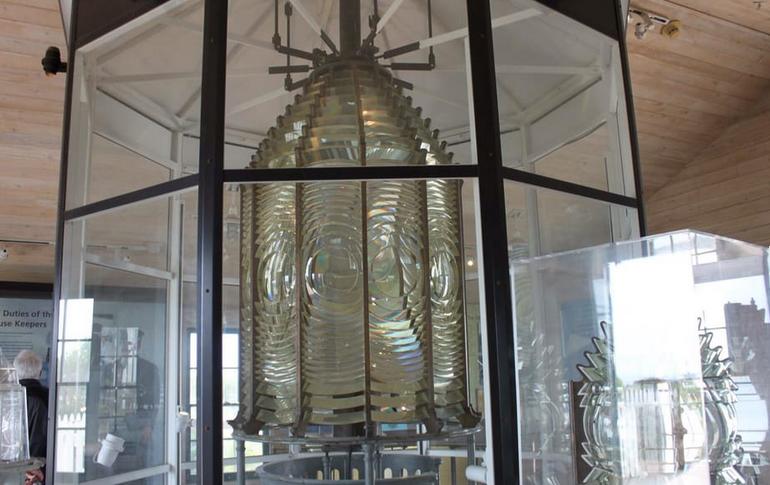 You are not allowed to go all the way to the top of the building, but the Fresnel lens is still kept up there.

Ranger-led talks, displays, and brochures are available to explain the lighthouse’s interesting past, as well as a self-guided two-mile walk through a coastal sage scrub forest that begins adjacent to the Lighthouse. 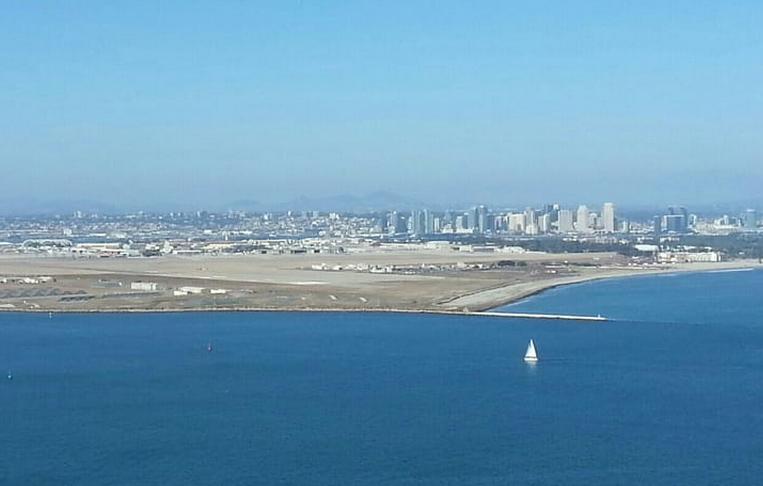 On the bluffs is a vista called Whaler’s Overlook. It’s a great spot to watch for passing pods of dolphins. There’s even a telescope you can drop quarters into to spot the occasional migrating gray whales. There is also a small museum on-site that displays models and explanatory pictures of ships much like those that Cabrillo commanded in the first half of the 16th Century.

In addition, it includes replicas of navigational instruments of the day and information on the Neolithic tribes that once inhabited the area. Inside the museum is an auditorium with scheduled, free, explanatory videos, restrooms, vending machines, and a gift shop. 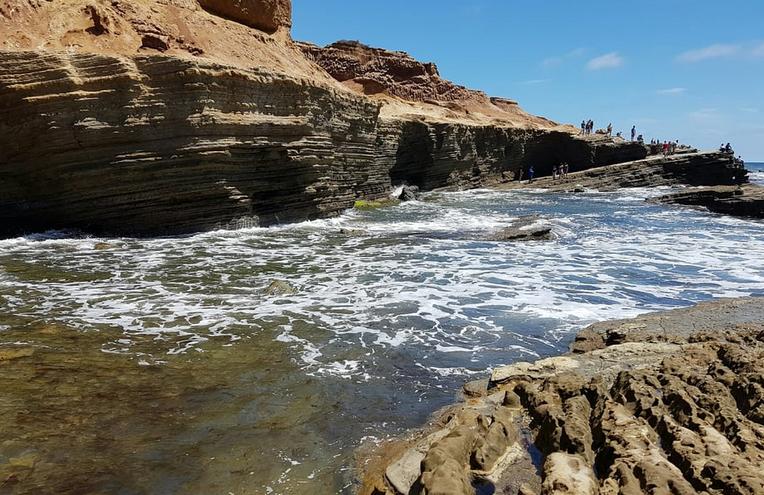 Several short hiking and biking trails lead to and from the tide pools full of many intriguing forms of sea life.

The Bay Side trail, which is off to the side of the main walkway is a great way to get away from the bulk of the visitors and just enjoy some quiet time while taking in some appealing views. Canine companions are allowed on the trails, as long as they are on a leash. So bring your pooch. 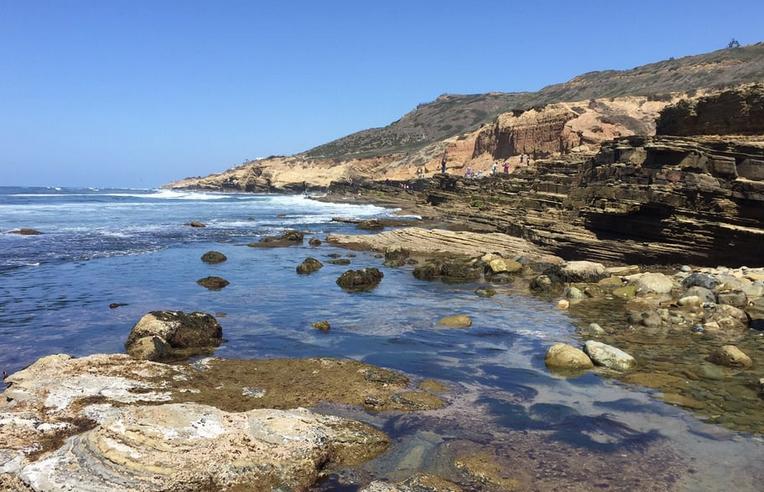 Aside from the lighthouse, museum, and tide pools, there is the Coast Defense Exhibit, another tiny museum covering the history of Fort Rosecrans, which encompasses the park. There are several remaining remnants of the WWII facility, including the circular gun batteries.

The exhibit shows the pictures of the massive guns that could fire 2,300-pound bullets 30 miles out to sea. They were made to sink Japanese ships if they ever tried to invade San Diego. They never did, so it must have been extremely boring, but safe to be stationed here during WWII. 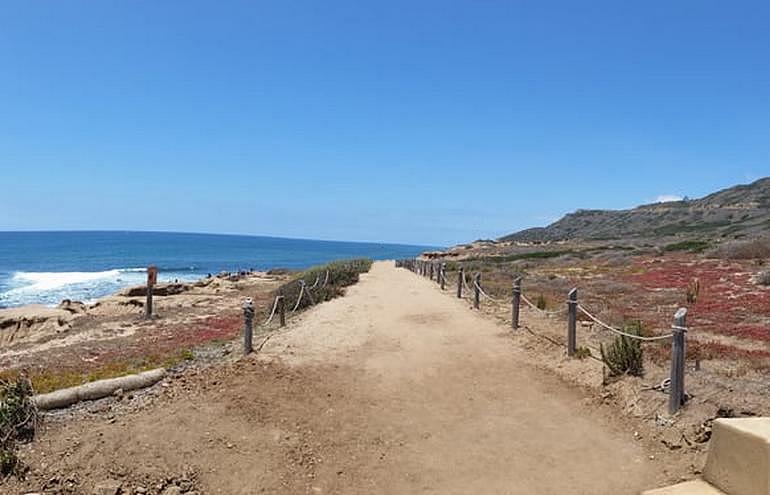 Where is the Cabrillo National Monument

Follow Catalina Blvd. all the way to the end. Catalina Boulevard is part of San Diego’s 59-mile Scenic Drive. A modest entrance fee is charged to enter the monument.