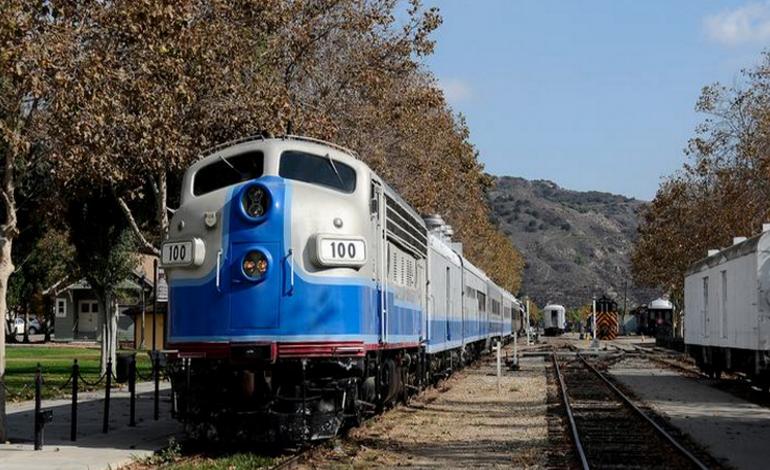 Fillmore is a classic California small town located in the center of the rich agricultural Heritage Valley. The city is home to the Fillmore & Western Railway tourist train, which takes you on a twenty-mile round trip aboard vintage 1940 Pullman cars. The train winds its way through the Heritage Valley, offering views of miles of orange, lemon, and avocado groves.

Thie railway is under new ownership – new train rides have not been scheduled as of fall 2021. 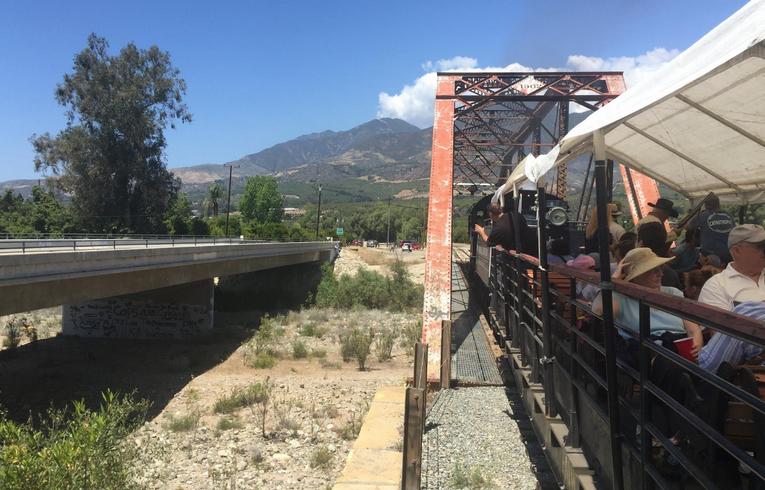 Santa Paula is the halfway point for your Fillmore & Western Railway train journey. While the locomotive is turned around for the return trip, you have one hour in Santa Paula. The stop at Santa Paula gives you a chance to stretch your legs and explore this historic town.

Santa Paula has not changed much over the years and remains a center of activity for the surrounding farms and ranches. 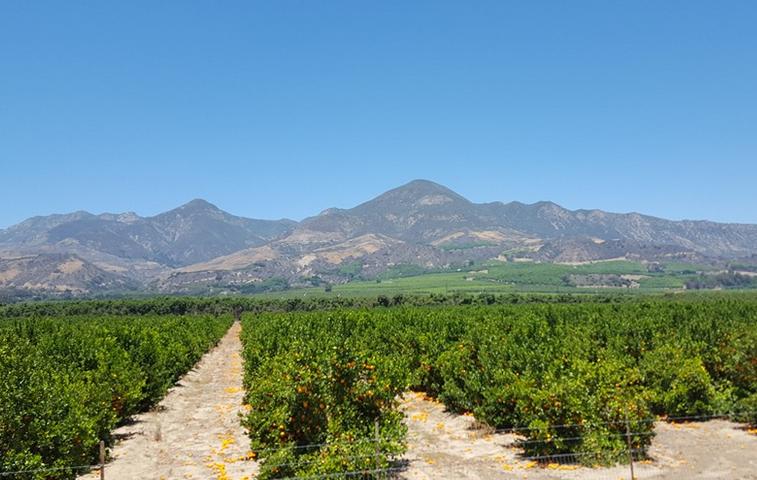 Be sure to visit the California Oil Museum, which is just two blocks from the train station. This little museum has some excellent displays and is worth taking a look at.

While the train turns around, you have time for a quick lunch in Santa Paula. There are several restaurants within walking distance of the train station. You will hear the train horn blow when it’s time to return to the Depot. 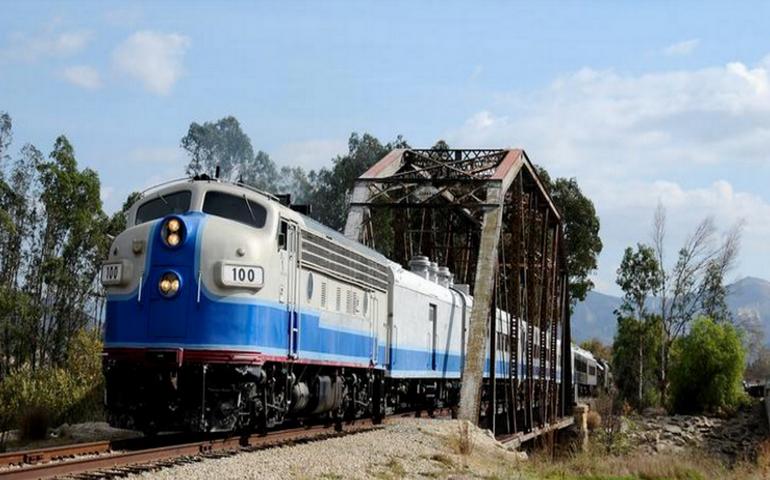 Santa Paula is filled with historic old houses, and the downtown shopping district looks much the same as it did in the 1940s. The town Train Depot has been restored to its original condition and has a small gift shop.

All too soon, it’s time to return to the station for the return trip to Fillmore. All aboard for the second half of your train trip back through the farmland of the Heritage Valley to the Fillmore station.

The return ride gives you a second chance to enjoy scenic views of the Heritage Valley and surrounding mountains. Take the time to ask the conductor questions or just sit back and relax, and you will find yourself in a bygone era. The train has a dining car where lunch is served, and you can also buy snacks and drinks on board. 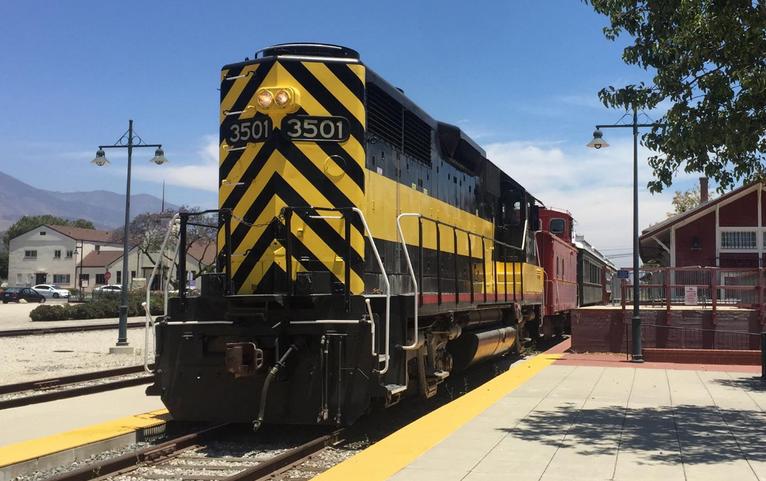 The round trip lasts about three hours, including the stopover in Santa Paula. Fillmore & Western Railway historical passenger cars are nicely restored and clean but do not have heating or air conditioning. Come prepared to bring along a light coat or sweater.

On your drive back to modern-day Southern California, stop at one of the many produce stands along highway 126 and pick up some fresh oranges to remind you of your trip back in time. 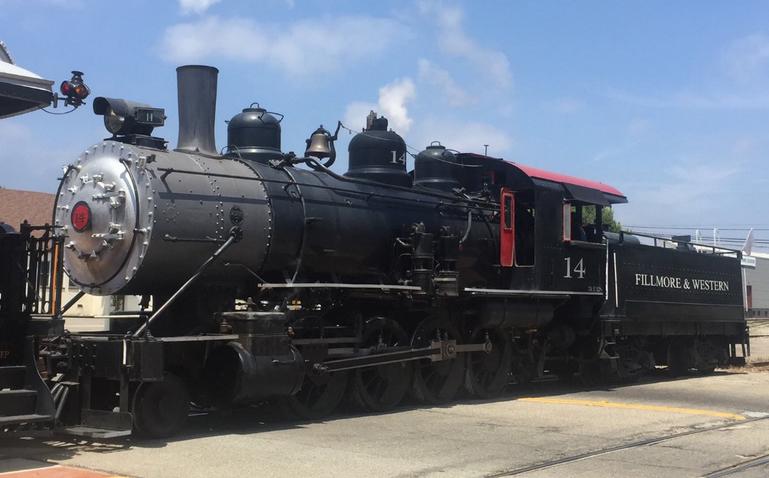 The pace of the Fillmore & Western Railway train trip is relaxing, and the time spent travailing with friends and family is a perfect way to spend the day.

Train excursions run most weekends plus seasonal trains during holidays. You can enjoy the only murder mystery dinner train in southern California, climb aboard a romantic wine or dinner excursion, or depart for one of the many seasonal destinations. 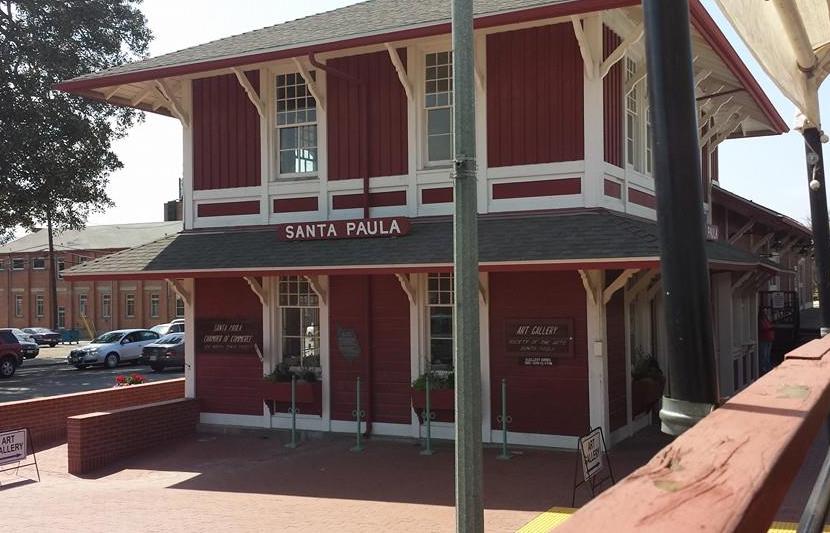 Where is the Fillmore & Western Railway

Fillmore and Western railway is located in the town of Fillmore, California. To get to Fillmore, take Highway 126 from Ventura or Santa Clarita. To purchase tickets, go to the Red Ticket Caboose (the center one), located next to Fillmore City Hall, 250 Central Ave (north side).

Once a year, the Santa Clara River Valley Railroad Historical Society, in conjunction with the railway, holds Railfest in downtown Fillmore.