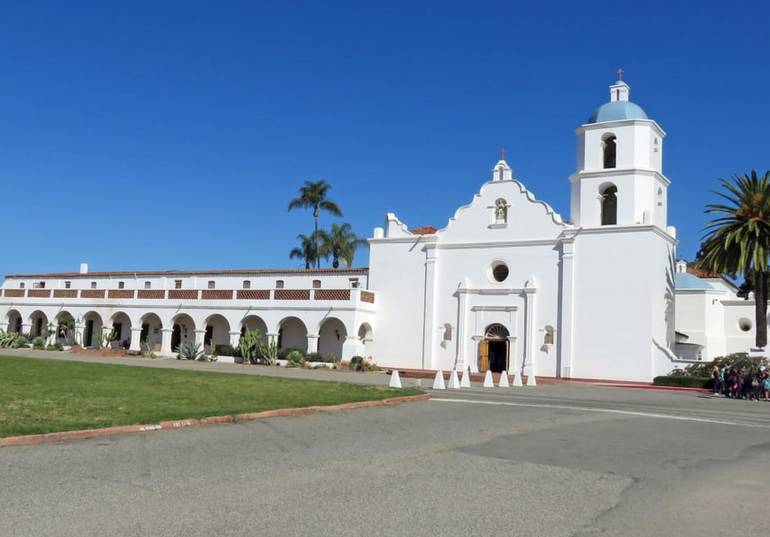 Located in Oceanside is an amazing look into California’s historic beginnings before statehood, as missions were established by Spanish priests to bring faith to the natives. In total, 21 were built along the California coast and Mission San Luis Rey de Francia is widely regarded as one of the most beautiful and important missions in California.

The mission offers several distinct and unique features. The Church is a National Historic Landmark and is open daily to visitors. Construction began in 1811 and was completed in 1815. The ceiling rises 30 feet in height, and the floor is 165 feet long and 27 feet wide and consists of adobe, lime plaster, wooden timbers, fired clay bricks, and roof tiles as primary building materials. 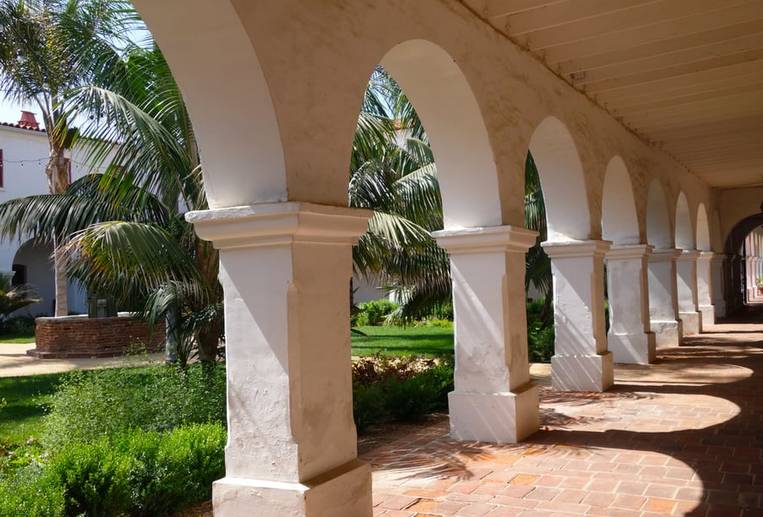 Architecturally, the style is Spanish Colonial combined with Baroque and Classical styles with some Moorish influences present. The solitary bell tower is a lofty 75 feet high. Although painted over through the years, the decorative designs are original. The church is recognized as the most unique and one of the most beautiful in the mission chain.

Mission San Luis Rey is the largest of the California missions and the only one adorned with a wooden dome that is also unique to the site, as are the side altars and the Madonna Chapel, which originally served as a mortuary chapel.

The Lavanderia is to the south of the Mission. It served as an open-air laundry since the shallow valley beyond the plaza proved ideal as both a bathing site and a place to wash clothes.

The structure also provided a means of channeling the water into the Mission’s gardens and fields for irrigation. Flowing down from both sides of the tiled stairway, water spouted from the mouths of carved gargoyles. It was an impressive water conservation system even by modern standards. 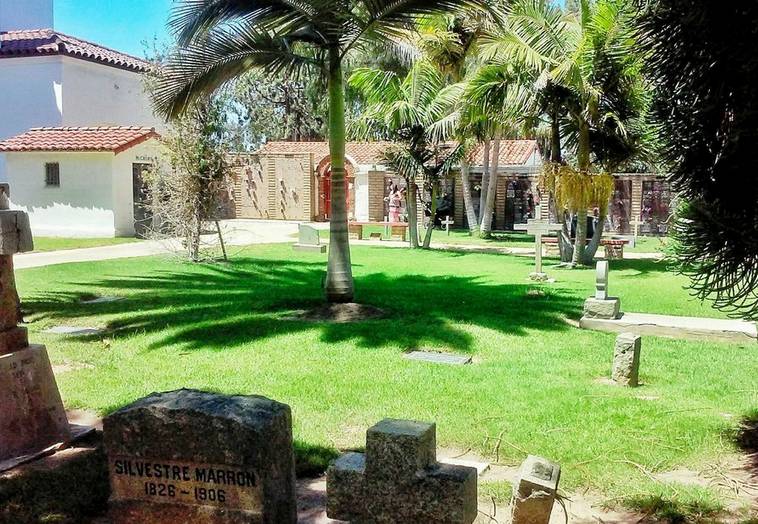 The cemetery has been in continuous use since the founding of the Mission in 1798. Buried here are many of the area’s leading Catholic pioneers and priests. The cemetery continues to be the oldest burial ground in North San Diego County still in operation.

The Franciscan Crypts houses the remains of many of the friars who have served this mission while recent expansion makes it possible for area residents of all faiths to be buried here. 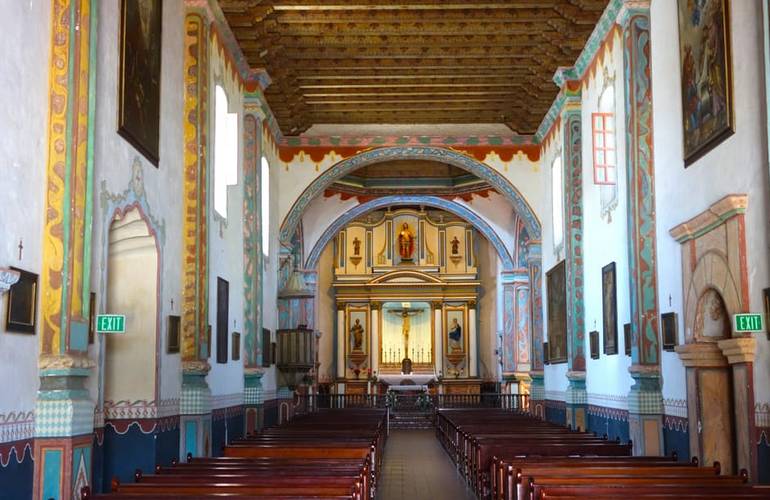 The skull and crossbones above the cemetery entrance are commonly found at Franciscan cemeteries. In the 1950s, Walt Disney Studio replaced the cemetery gates for the filming of several television episodes of “Zorro”. 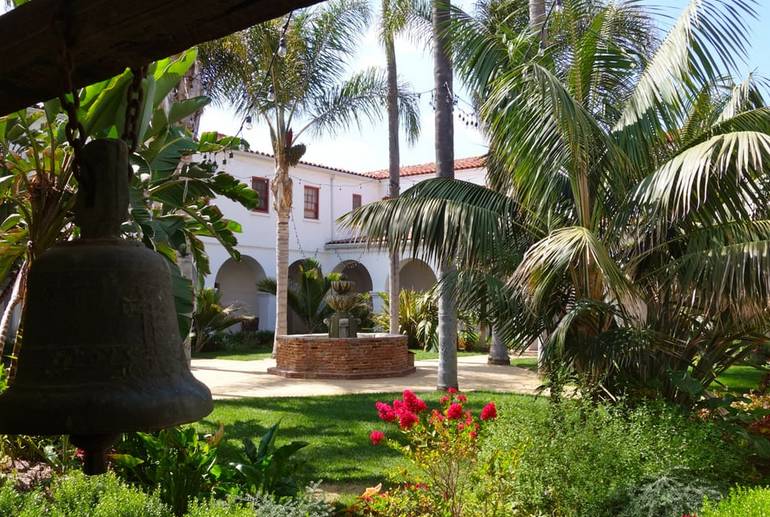 The Mission quadrangle is a four-sided patio approximately 500 square feet surrounded by buildings. In this courtyard is Peruvian Pepper Tree, which was one of the first planted in California in the 1800s. The buildings included workshops, living quarters, a kitchen, infirmary, winery, and storage areas. The larger area is now a Retreat Center that was built for a seminary college in 1950. 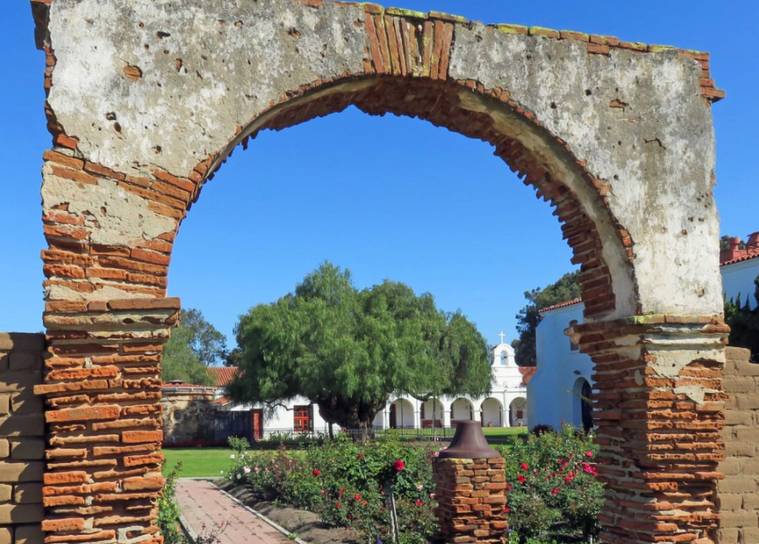 The Carriage Arch was the Friars’ living quarters and now houses the Museum and a Gift Shop. The museum boasts exhibits on the colorful history of Mission San Luis Rey de Francia. The collections include artifacts from the Native American, and Spanish Mission and Mexican Secularization period. 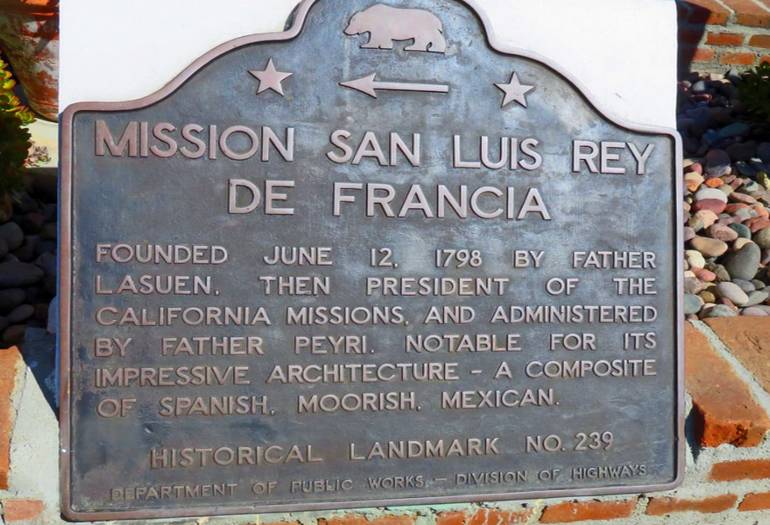 Getting to Mission San Luis Rey

On your next weekend adventure, consider a visit to Mission San Luis Rey de Francia for a few moments of peace and reflection. The mission is located at 4050 Mission Avenue, Oceanside, CA 92057. The mission is about a 20-minute drive from downtown Oceanside.