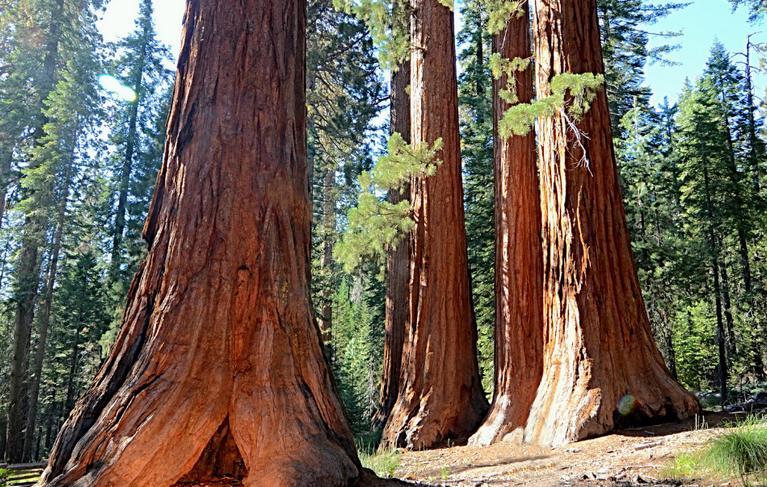 Sequoia-Kings Canyon Park’s point of interest. Things to do and see along the Generals Highway.

Tucked side by side in the Southern Sierra Nevada Mountains, east of the San Joaquin Valley. Both parks are connected by a single road that provides nearly 866,000 acres of outdoor adventure in the “Land of the Giants.”

Sequoia National Forest was established, all the way back in 1890, in Tulare County, California. Kings Canyon National Park was established in 1940 –and is a little over 8 percent larger in terms of area, and stretches across two counties in California. 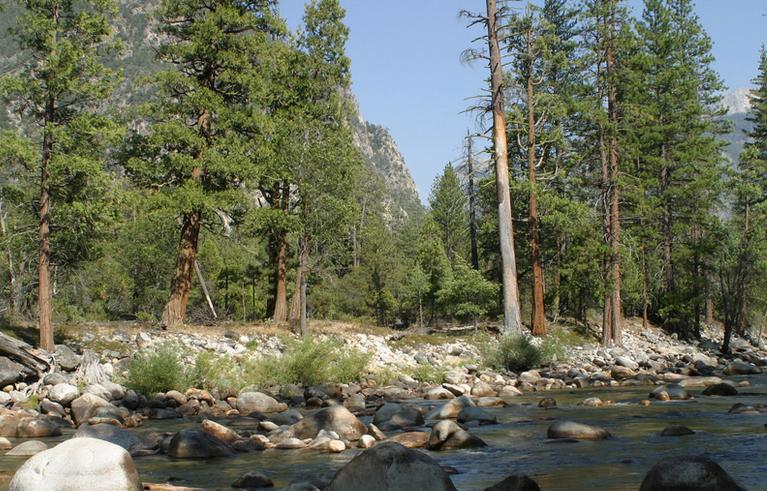 Like Sequoia, Kings Canyon is located in Tulare County, but it also occupies space in Fresno County as well.

Sequoia National Park is famous for many reasons, but two of them immediately jump out at you.

First, this Park contains the highest point in the contiguous 48 United States. Mount Whitney, which stands at 14,505 feet above sea level. The other notable trademark of the Sequoia is its collection of giant trees. 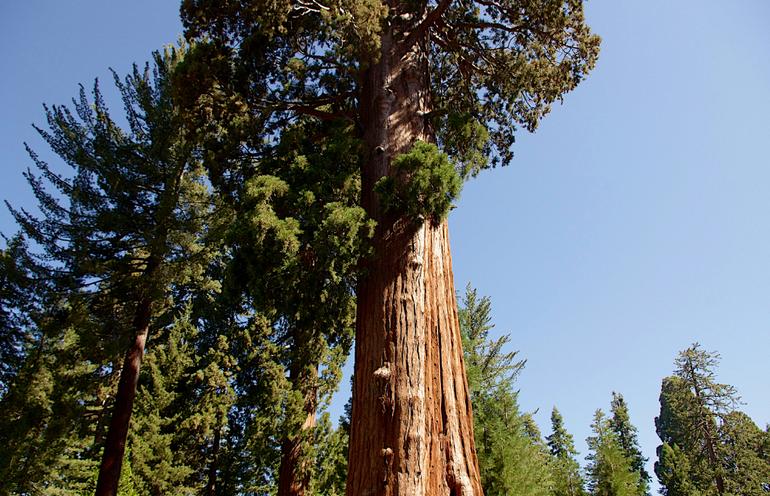 The most noteworthy being a towering 274.9-foot ancient tree believed to be between 2,300 and 2,700 years old, known as General Sherman, which happens to be the largest tree on Earth. This colossal topiary is located in the Giant Forest, which is home to five out of the ten largest trees in the world. 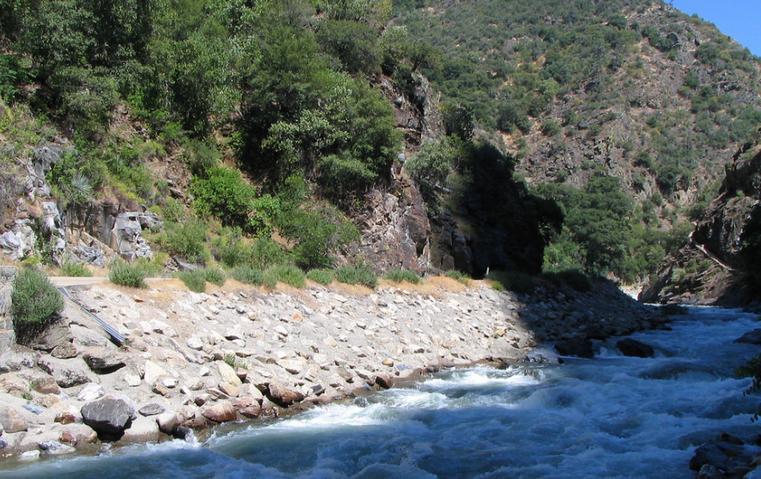 The canyons of the Kings River are even deeper than the Grand Canyon, which makes them the deepest Canyons in North America. In some places, it is 8,000 feet from bottom to top. Also, like its neighbor, Kings Canyon is known for its collection of giant sequoia trees.

These are located in the Grant Grove area, which was once General Grant National Park. The most notable tree in this section is the General Grant Tree, which is the third-largest tree in the world at nearly 270 feet. Besides its barked-covered behemoths, Sequoia National Park has many attractions including hiking, camping, fishing, and backpacking.

Hikers will enjoy on the Park’s most popular trails –the Sherman Tree Trail, which is nearly a one-mile round-trip trail that takes you from the parking lot, all the way to the base of General Sherman. 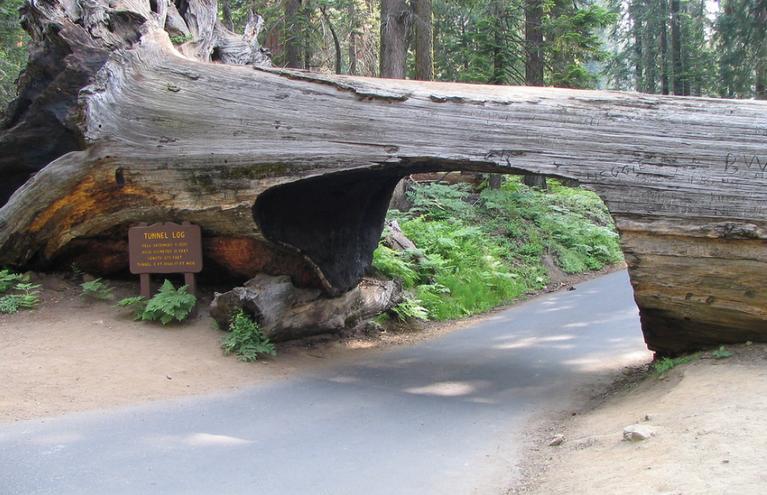 Staying with the sequoia theme, there is also something known as the Tunnel Log. This was a tree that fell across a park road in 1938 due to natural causes. The park crew eventually cut an eight-foot-tall, 17-foot wide tunnel through the trunk to make the road passable again.

Next up is the Crescent Meadow which stretches across the Great Western Divide out to Mount Whitney. This area was coined by John Muir as, the “Gem of the Sierras.” The meadow lies at the end of a three-mile paved road which leaves the Generals Highway near the Giant Forest Museum.

The Sequoia-Kings Canyon Museum is a great place to stop and grab some maps and information while taking a picture or two in front of the Sentinel tree. Admission is free and inside are a few display cases, a size comparison model of giant Sequoia trees and a gift shop. 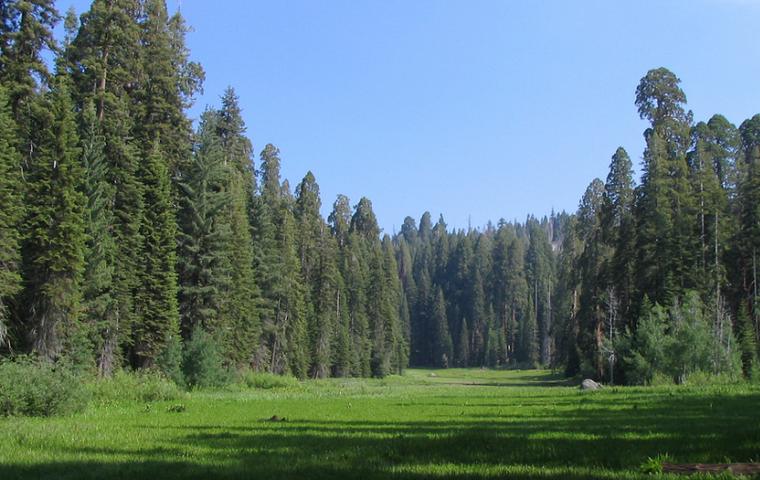 Finally, Moro Rock is a granite dome that is located at the center of the park, which is at the head of Moro Creek, between the Giant Forest and the Crescent Meadow. There is a 400-step stairway that was built in the 1930s cut into and poured onto the rock so that visitors can hike to the top.

From there, adventurers are treated to a spectacular view of the vast majority of the Park from over 6,500 feet above sea level.

Back over in Kings Canyon, the park consists of two sections. You have the General Grant Grove section, which is the largest remaining natural grove of giant sequoias in the world. It contains over 15,800 sequoia trees, over one-foot in diameter at their bases. 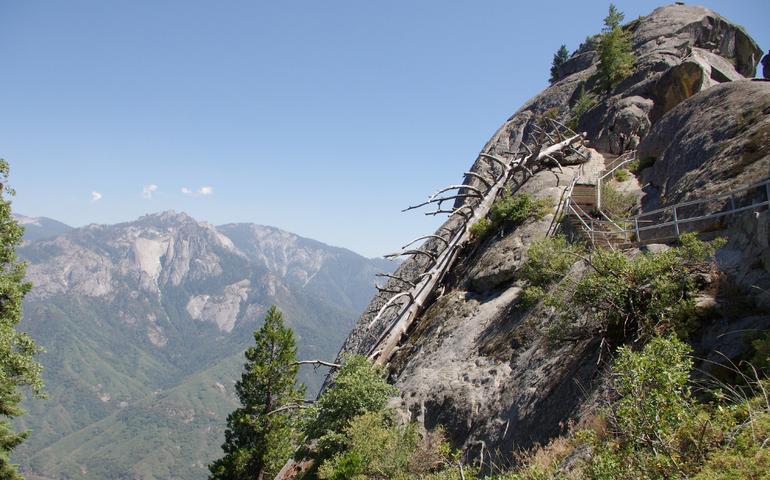 The other section covers over 90 percent of the total area of the park. It is located east of the General Grant Grove. This section also contains the area that the park is named after, Kings Canyon. It is located in the South Fork Canyon and has a maximum depth of 8,200 feet. Making it one of the deepest canyons in the United States.

The architect of that magnificent valley is the Kings River which flows down from the high mountains through the valley and the great canyon. This river drops 13,291 feet along its course, the greatest vertical drop for any undammed river in the United States. 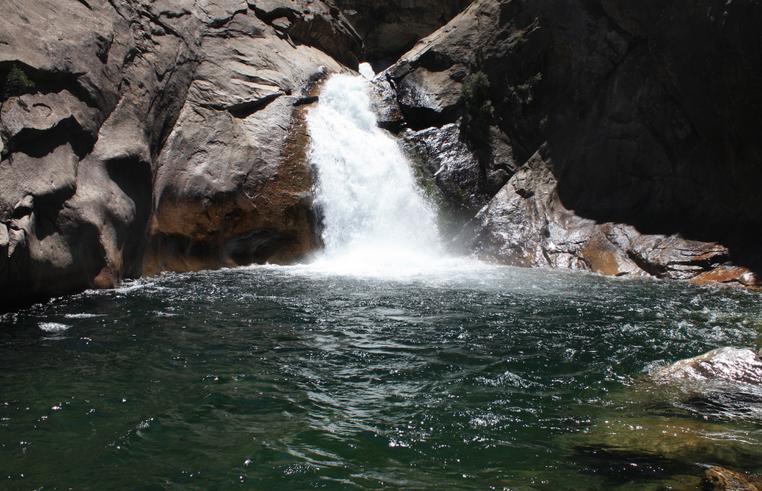 A famous landmark on the river in the eastern portion of the valley is Muir Rock, as well as Roaring River Falls. In addition to the natural wonders, the park also features several interesting buildings, including some remnants of earlier times. One example is Knapp’s Cabin on the shores of King’s River. 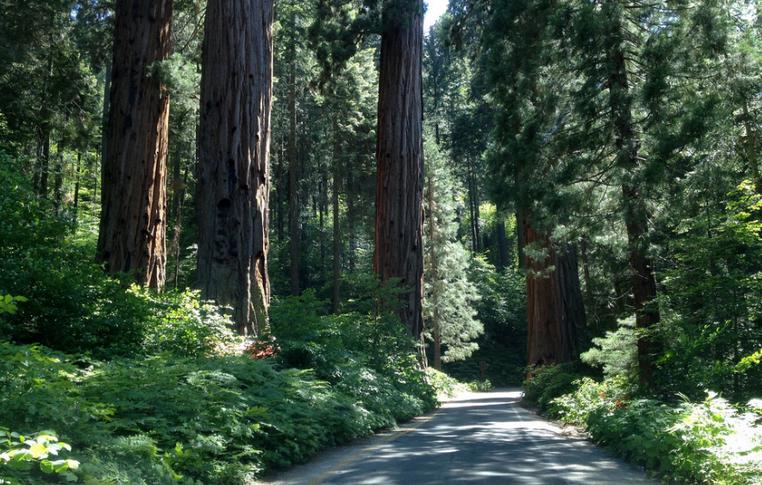 It will take several days to fully explore Sequoia-Kings Canyon Parks. Nearby Visalia offers a wide selection of hotels and dining options and makes a great base for exploring the California Central Valley or Sequoia National Park and Kings Canyon National Park. We have only listed a few of the amazing natural wonders you will find in these two National Parks.

More Things to Do Northern California